Discovering France in a rambling walk through the country

Join me as I perambulate through some thoughts, stereotypes and cultural differences vis-à-vis discovering France and its countryside.

I’ve touched on how we ended up in France in a few posts (links below), but I felt it was time to focus a bit closer, on French country life itself. After all we have been here a few years now and I have only ever offered a tiny taste. (And, as we know, French cuisine is worth enjoying whole heartedly.) Come, join in the discovering with us.

Let’s whack a few stereotypes on the head

First, I will tell you there are 2 France(s). The France of stereotypes ~ snobby waiters, slender chic women, couture fashion, haute cuisine, a lack of willingness to speak English (I mean come on! Everyone speaks English?!?), the Eiffel tower and a certain joie de vivre (enjoyment of life). Well, except for that last one, they more or less all reside in Paris. Especially the Eiffel tower.

There is a very real difference between Paris and the rest of France. Not unlike many countries, there is a disdain between capital city and countryside, but I think people disdain because they do not understand. Ignorance is bliss possibly, but also, well, ignorant.

France is big. Huge in fact,  though not as huge as Australia.

If you haven’t look at a map recently you may not realise that France is rather big. More than twice the size of the UK, is just a bit smaller than Texas, and was the largest country in Europe (the EU), until the Ukraine recently stepped in. (For those of you in Australia, you swallow us whole a few times over. You lot are just huge.) So, good sized, and most of it countryside, therefore we’ve got a lot of ground to cover.

The countryside of France itself is very varied, mountains, rolling hills, lakes, farmland. The usual stuff, but compared to most other places, there is slightly nicer, more consistent weather. (We’ll forget about 2016, thank you very much.)  Oh, and vineyards. Mustn’t forget them. We are just within wine country, but with enough variety we can see vineyards as well as cows and wheat in fields.

How to meet your neighbours? Take a walk. 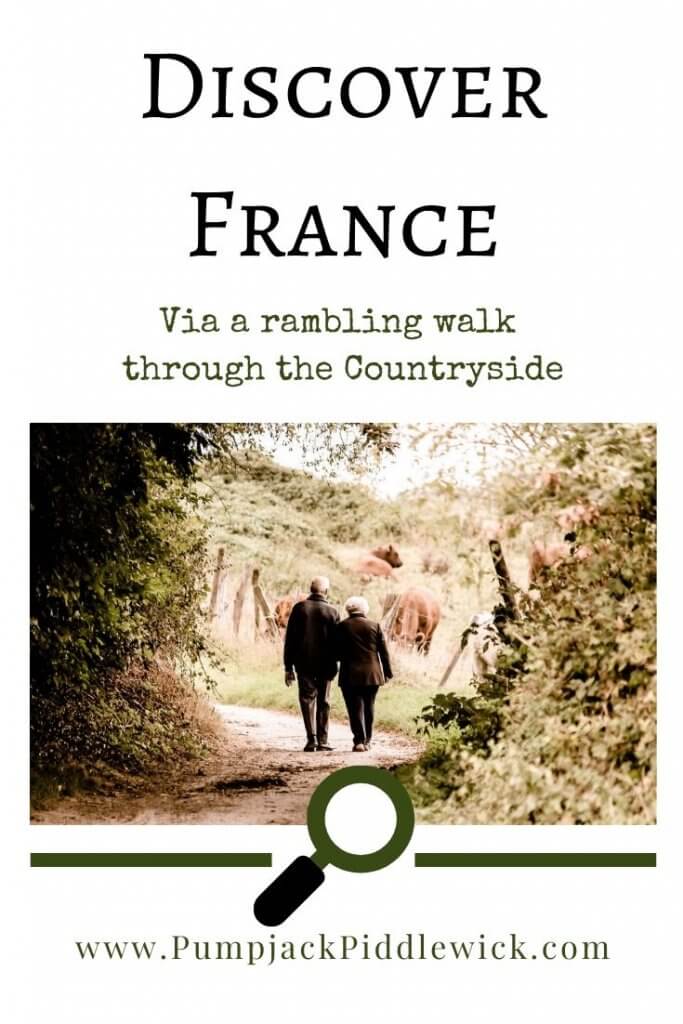 One of my favourite things is to ‘promenade’ with our dog Chewie (and sometimes one of our cats). We go out at dawn, after we have let the ducks and chickens out, and wander the lanes and tracks through woods and fields. And again at dusk, before we repeat the process of putting our feathered flock to bed.

It is quite typical to meet other people walking, particularly on Sundays. Often either with their dogs, with children or sometimes simply ambling along by themselves. Walking is a great past time here. Not so much ‘hiking’, although randonnées (French for excursion) are popular. Randonnées are like the UK’s ramblers, where groups of gortex clad walkers walk longer distances together around the countryside and villages.

However the promenade is more reminiscent of Spain, when families and friends come out to walk together, catch up, gossip, take in some fresh air, say hello to their neighbours and walk off the days consumptions.

It’s quite typical in France to close up the house, doors and window shutters, to keep warm or cool depending on the season. Consequently, a town can sometimes look almost abandoned when everything is shut up tight. This is particularly noticeable after lunch.

And here in the countryside the property is often enclosed too, with a shut gate. It’s simply not the done thing to waltz up to someone’s door to say hello. You call (or text) ahead, make plans to meet. You’ll meet over a morning coffee, an afternoon’s tisane (herbal tea) or an early evening aperitif (Apero).

But more often than not, here in the countryside, unless it’s raining cats and dogs, there’s a very good chance you will promenade together and catch up on the goings on.

And now it’s time to walk Chewie, and possible a cat or two. A bientot (see you soon)

A post shared by Fab & Fun Findings in France (@pumpjackpiddlewick)

And if you are curious… How we ended up in France:

Downsizing and Changing our Life